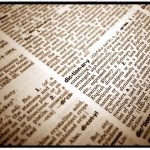 It is widely known that the master of a seagoing vessel is responsible for almost everything that happens in connection with operation of his vessel. In case of violation of customs rules on board the vessel, navigation safety regulations or rules on protection of marine environment on the territory of Ukraine, Ukrainian authorities will attempt to impose administrative liability on the master of such vessel, unless such acts are classified as a criminal offence.

In such cases the master will have to deal with representatives of various Ukrainian authorities depending on the category of offence he is accused of. Officers of State Customs Service of Ukraine will investigate administrative offences in customs control sphere, whereas inspectors of State ecological inspection of Ukraine are empowered to impose administrative liability on masters for violation of environmental legislation. Officials of State inspection of Ukraine on safety at sea and river transport consider cases on violation of navigation safety regulations.

As it follows from the court practice on cases involving administrative liability of foreign masters, in most cases they are not provided with an interpreter into their native language which is a gross violation of Ukrainian legislation. Such violation can greatly influence the outcome of consideration of administrative case.

In particular, article 268 (1) of the CUAO contains a provision which states that a person who is brought to administrative liability has a right to speak his native language and use services of the interpreter if he does not know the language of proceedings.

Taking into consideration that administrative proceedings are held in Ukrainian language, a master who does not have a good command of Ukrainian is fully entitled to the assistance of an interpreter.

It should be stressed that according to article 274(1) of the CUAO the obligation to involve an interpreter lies with an official or authority being in charge of the administrative offence case, rather than the master.

Unfortunately, the CUAO does not give us a chance to understand who exactly can participate as an interpreter. Based on the interpreter’s obligation stated in article 274(2) of the CUOA to perform translation fully and precisely, one can logically conclude that the interpreter shall have necessary skills and experience in interpreting from/to the master’s native language.

In practice there are many cases when translation of the content of a protocol or resolution is made to the master into English language. When doing that, officials or authorities refer to that all captains of seagoing vessels shall speak English due to their job duties. Such reference is illegal because:

– firstly, none of the Ukrainian national or international law act, which is in force in Ukraine, binds the master to speak English language;

– secondly, article 268 of the CUAO establishes that the person who is charged with (accused of) the administrative offence has a right to speak his native language.

And this is right because understanding language and having the command of language is not one and the same thing. Anybody is free in his native language. At the same time, one may understand foreign language, though fluent expression of his thoughts in this language may cause difficulties, especially in stressful situation such as being charged with administrative offence on the territory of a foreign state. In most cases masters do have a good command of English, however their vocabulary is limited to the sphere of knowledge used in navigation and cargo operations. It has to be mentioned that administrative proceedings imply a large number of legal terms which masters normally do not come across in their daily work and obviously are unfamiliar with their English equivalent.

Thus, the master who does not speak Ukrainian and who is proposed to be provided with English translation shall insist on the assistance of an interpreter who is qualified in his native language.

Separately, it should be mentioned about the procedure of involvement of an interpreter in cases of violation of customs rules because the CCU has some peculiarities in this part.

The CCU, in contrast to the CUAO, clarifies who can act as an interpreter. As per article 503 (1) of the CCU it can be a person who can speak the language, knowledge whereof is required for translation in the course of the proceedings on customs rules offense.

An interesting peculiarity of the CCU is that according to article 503 (3) of the CCU a customs officer can act as an interpreter as well.

In this regard there is a disputable question as to whether a customs officer, who is in charge of the administrative case against the master, can participate as an interpreter.

In confirmation of their command of a required language (as a rule, the English language) customs officers often provide examination letter about passing of the language exam which is issued by the Ministry of income and charges of Ukraine. It is deemed that such document cannot be a sufficient proof of interpreter’s skills which is confirmed by the court practice.

What are the legal consequences for not providing the master, who does not speak Ukrainian language, with an interpreter?

If the master who has no command of Ukrainian language is not provided with an interpreter to his native language, it appears that actually he is not explained about his procedural rights. Besides, the master will be unable to realize these rights without the assistance of an interpreter.

If the master gets qualified defence in court which will prove that his right to the assistance of an interpreter has been violated, there are good chances that the court will close the proceedings and the master will avoid administrative liability, whilst exempted things and money (including the money which were  as a security for administrative penalty) will be given back to their owner.

Ukrainian courts have a formal approach to cases where there is no due defense of the master’s rights and almost always find the masters guilty and impose a penalty on them. Thus, masters and Owners should not rely on that a Ukrainian court will independently reveal procedural violations made by officials and exempt the master from the liability, but rather apply for professional protection of their rights.

The specialists of Lex Marine law office have positive experience and practice on protection of rights of the masters of seagoing vessels in cases on administrative liability, violation of customs rules, as well as cases related with violation of environmental legislation which allows to protect the Clients’ interest in the best way.